Incredible 11 Days Tailor Made Private Tour for you

Casablanca : Commonly known as Casa, is the largest city in Morocco. Located on the Atlantic coast about 80 km south of Rabat, It is the economic capital of the country. This modern but authentic city attracts fewer tourists than the other famous destinations like Fez or Marrakech. Yet it is full of incredible icons which it would be a shame to miss. It is a must for business and leisure tourism with its golf course, traditional Hammams, piano bars, cafes and nightclubs.

Marrakesh : Marrakech, the city of tales and land of wonders that inspires all those who visit it; and leaves overwhelming impact inside them, it offers them a unique sensation of time-traveling since it has an incredible mix between history and modernity, its Old Medina is nothing less than a precious piece; with narrow alleys all painted in light-red and craft shops decorated with colorful carpets, curtains, and internally filled up with rare traditional art works, as you wonder in its corners you get pleased by smells of the freshly baked bread or a variety of delicious dishes when you come close to a restaurant, the permanent smile in people faces over there will definitely make your day and will give a lesson that simplicity is priceless and happiness is absolute.

Tangier : a border town north Morocco and the kingdom’s main gateway to Europe, approximately 14 km through the strait of Gibraltar. The population of Tangiers amounted to 669,685 inhabitants in the 2004 census, to be the fifth city of Morocco.

The city has a rich history and unique geography, this exceptional location has for a long time made of Tangier a place of covetousness and excited the lust of successive cultures and civilization, starting by the ancient Greeks and Phoenicians who had been making of it a trading base, the city was later occupied by Roman Empire, before coming under different Arab factions, and then was conquered by Portuguese, years later tangier became an international zone and lasted this way until after Moroccan independence in 1956, following this numerous colonization the city was nicknamed as “The city of foreigners”, and it still so far but this time for being a source of inspiration for generations of artists and intellectuals from all over the world.

Since 1999 Tangier has been undergoing mega development and modernization, the port Tangier Med is a good example,it has turned the city into a global commercial hub, and enhanced tourism across the region

Fez : Fez city one of the most well-known Moroccan cities, it is considered to be the second largest city in the Moroccan Kingdom with a population of 1.1. The city was founded in 789 by Idriss I who made of it the capital of the Idrisid state, and is now divided into three parts, the larger of which is Fes el Bali, recognized as a World Heritage Site, the Fes Jedid and the Ville Nouvelle which is built under the French colonial period.

Between 1672 and 1727, during the reign of Moulay Ismail, Meknes becomes the capital of Morocco. Few years later, and during the French presence in Morocco, between 1912 and 1956, the city has nicknamed “Versailles du Maroc” and “petit Paris”, therefore reflects the eternal beauty of its architecture.

Volubilis : Built a few years before our era, Volubilis was conquered in the 1st century by the Romans who make of it a true ancient city.

Today, the grandeur and the setting of this site as well as the beauty of the mosaics make these Roman ruins among the most beautiful in world. Located to the west of the massif of Zerhoun on the edge of Oued Khoumane, Volubilis is inscribed on the World Heritage of Unesco.

Moulay Idriss Zerhoun : Located 3 km from Volubilis and 30 km from Meknes is a high place of holiness and spirituality. Rich in a history shared among several peoples, civilizations and religions, the city was borrowed the name of its founding founder Idriss Premier, whose son was the founder of the first Muslim dynasty Idrisside of Morocco.

Rabat : the capital of Morocco, situated in the north of the country, it is founded by the first Almohad ruler Abd al-Mu’min in the 12th century, and it is among the most desired cities for tourists arriving Morocco, it has been chosen second in CNN’s hot touristic destinations for 2013, and this has not come randomly, but for containing a very varied cultural and natural heritage that make it distinctive.

Tour Hassan, one of the most famous religious landmark.

Not only in Rabat but in the entire Arabic world, this huge building gives its visitors a glimpse about how much great the actual Mosque would be if the constructions have finished.
And from the archaeological site of Chellah to the consuls’ street where the artisans and handicrafts take palace, this is another destination that one can’t pass by without being curious to take a look on it.

Our driver and tour guide will pick you up in Tangier and drive you to your Hotel.

After a quick rest, an exciting tour of Tangier is waiting for you.

Discover the charming courtyards and gardens in City Center plus the narrow, winding streets of the Medina.

Enjoy a ‘Welcome to Morocco’ dinner at night

After a delicious breakfast, the driver with the guide will pick you up and head straight to Chefchaouen, which is also known as the Blue City.

This gorgeous mountain city, located in the Rif Mountains, offers picturesque landscapes, plus a Medina painted in different hues of blue, the local handicrafts are unique to this area.

In the evening, enjoy dinner in the Medina and spend the night in Chefchaouen.

After breakfast, you will drive to Fez, one of the Imperial Cities in Morocco.

The Medina, known as the Old Town, is listed as a UNESCO World Heritage Site.

We will start our journey by visiting the major attractions outside the old Medina such as The Mellah or Jewish Quarter, the landmark Tombs of the Marinid Dynasty which date back to the 12h Century, and the Royal Palace.

We will then head inside the walls of the old Medina where you will discover many wonderful architectural sights such as the BouInania Madrasa, the magnificent MoulayIdriss Mausoleum, and the medieval university of AL-Qarawiyyin.

In the evening, enjoy dinner at your hotel or in the city and get ready for your trip next day.

After breakfast we will be heading to Volubilis, where we will make the ancient Roman civilization come alive again.

This UNESCO World Heritage Site will offer you opportunities to enjoy a perfect blend of cultural heritage and picturesque scenery before we pay a visit to MoulayIdrissZerhoun (the holiest city in Morocco).

The last destination on our day trip will be Meknes. This city has become an imperial capital under the reign of Sultan MoulayIsmailand also is a UNESCO World Heritage Center.

During our visit, we will discover the major attractions of the city, including the Mausoleum of Moulay Ismail, the BouInania Madrasa, and the Bab Berdieyinne Mosque.

At the end of the day, we will head back to Fez to have dinner and get ready for the next adventure.

Today we offer you a Moroccan cooking class taught by a Moroccan chef in the morning and a trip to the Hamman with a massage in the afternoon.

In the morning, you will accompany the chef to the market and shop for the ingredients. She will demonstrate how to cook a traditional Moroccan dish and then serve it for lunch.

In the afternoon, the driver and tour guide will escort you to the hammam to enjoy an afternoon of cleansing and relaxation, followed by a massage.

In the evening, select the restaurant of your choice for dinner.

After having breakfast, your driver and tour guide will pick you up and drive to Rabat, the capital of Morocco and one of the most important and beautiful cities in the kingdom.

We will start our journey by visiting the major attractions of the city.

Make a walk through the large and narrow passes of the small Medina.

Pay a visit to the picturesque Kasbah, the Chellah, and the Musee Mohammed VI d’ArtModerneetContemporain, Morocco’s first large scale museum built since Morocco gained its independence.

Having dinner and spending the night at your hotel in Rabat.

After having breakfast, we will drive to one of the most famous imperial cities in the kingdom that is Marrakesh (the Red City).

Upon your arrival your private guide will come to pick you up and you can discover the old Medina of Marrakesh as well as enjoy the festivities in Jama el Fna Square. The Artist’s landscape of the Majorelle Garden and the Bahia Palace are also not to be missed.

Dinner will be served at your Hotel or riad.

After breakfast we will pick you up and drive for around 60 kilometers from Marrakesh to the Ourika Valley.

Once your arrival you will be amazed bythe breathtaking sceneries of the glorious waterfalls that flow into Ourika valley.

Through this trip you will have the opportunity to visit the small villages; cafes, grocery shops and small hotels clinging to the sides of the mountains and also experience closely the Berbers lifestyle, and sharing their privacy.

At the end of this rich expedition, turn back to Marrakesh to dine and spend the night.

Today schedule your Marrakesh sightseeing as you wish. You may opt to stay in the city to explore more of its mysteries.

You may want to enjoy a wonderful excursion to Essaouira, which is one of the most astonishing coastal towns in Morocco, and a perfect choice for those who are looking for relaxing and peace, this beautiful area has always been attractive for artists and celebrities from all over the world like the hippies in the 1960’s, Jimmie Hendrix and Cat Stevens.

There are a number of historical attractions that you will discover here, including the picturesque Medina (Old Town) which is now a world heritage site according to the UNESCO, where you will take a stroll exploring its souks with their various handcrafts, colored carpet, original art and more..

Visit The Simon Attias Synagogue, which is built in 1882, the Galeries Frederic Damgaard and Ben Youssef mosque

In the morning you will be taken to Casablanca where you will have a quick tour including some of the most famous attractions like Hassan ll Mosque, the largest mosque in morocco and the 7th largest in the world.

Place Mohammed V the Place des Nation Unions, the beachfront which is known as ‘Corniche’ and Rick’s Café, as well as take a guided walk through the narrow passes of the old Medina lined with jewelers, and artisans…

Overnight stay in your accommodation in Casablanca

Day 11 : Transfer to the airport of Casablanca

Your adventure in Morocco will be coming to an end today, we wish you had great time and made every single second in your holyday fruitful through this itinerary.

So following breakfast your private driver will escort you to the airport in Casablanca and wish a safe and comfy flight. 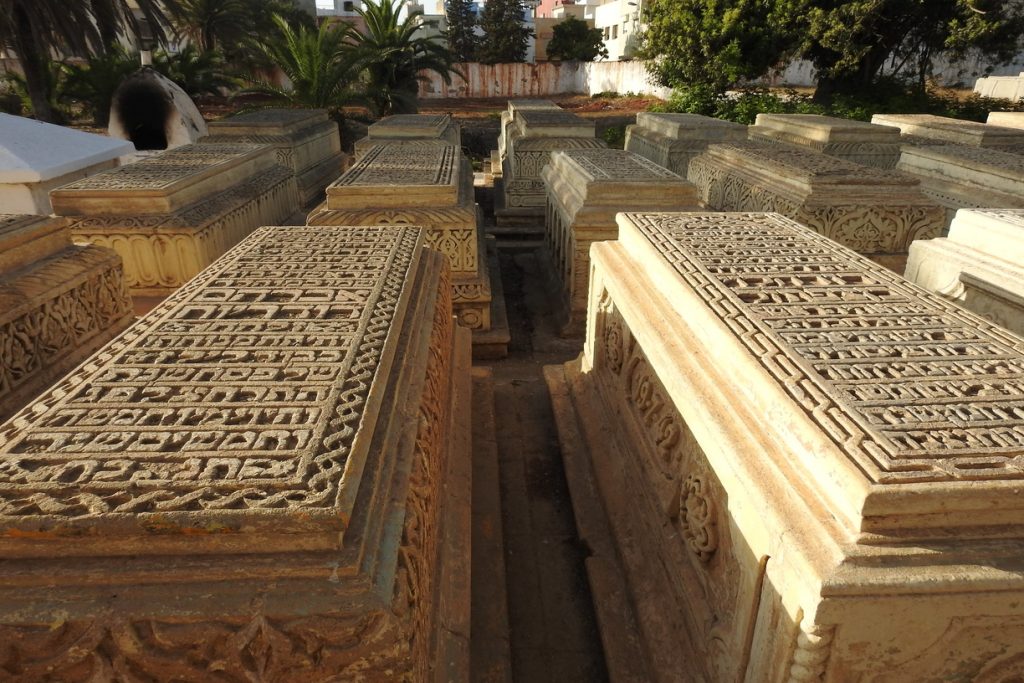 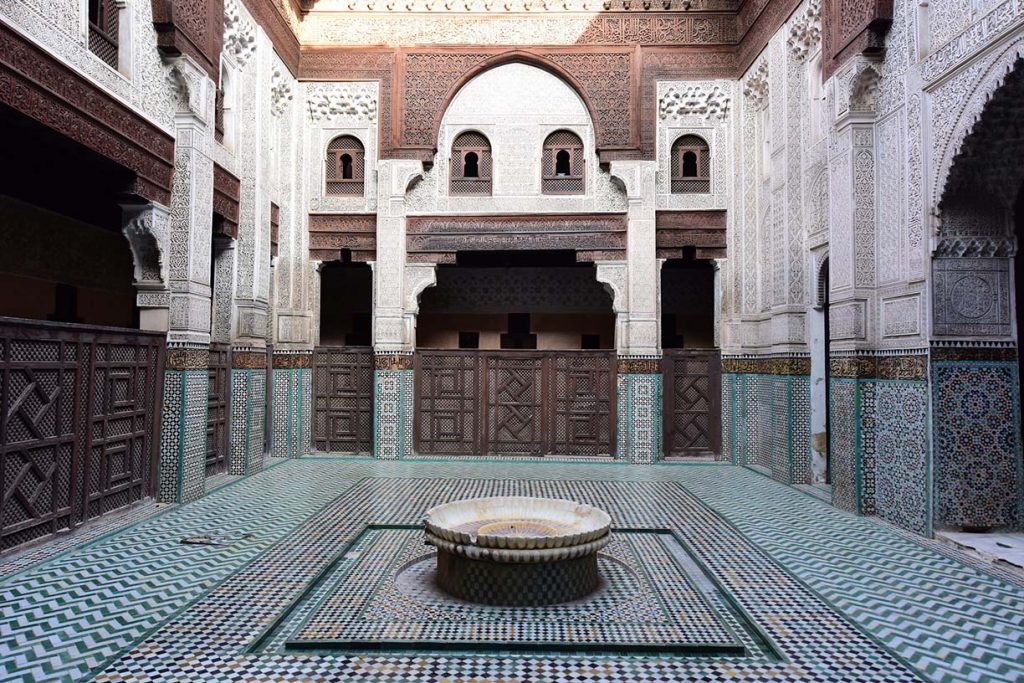 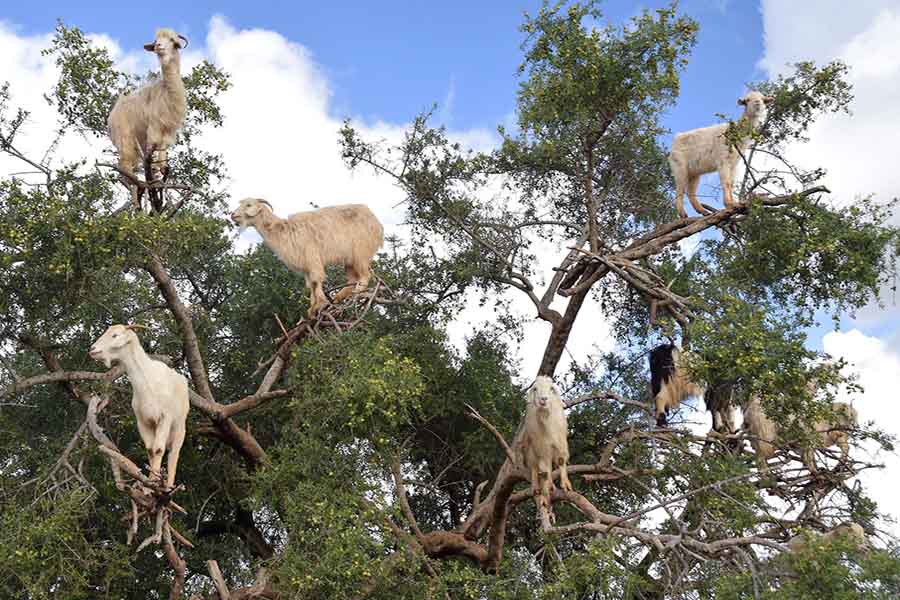 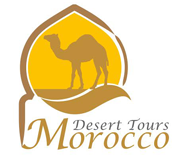